History of the ERI RAS

ERI RAS was established in 1985 on the basis of General energy department of the Institute of High temperatures, a subsidiary of Academy of sciences of the USSR. The institute was founded by a team of scientists originated from the Siberian Energy institute (nowadays ISEM).
The reasons which lead to creation of the Institute were the challenges of that time.

The team of researchers started forming well before the institute was established.
In 1979 Soviet government has initiated development of the Long term Energy program of the USSR. The program was managed by the Academy of sciences president, academician A.P. Alexandrov and his two senior aides – academicians N.V. Melnikov and L.A. Melentyev.
The Program was created in a short period time by the team of high grade professionals and adopted by the Government in 1983. 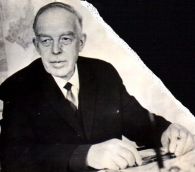 Soon after that a critical need in a dedicated scientific center with an exceptional responsibility to coordinate a wide range of researches in various areas of economics was recognized.
As a result, in 1985 Soviet government decided to establish the Energy research Institute under auspices of the Academy of sciences of the USSR.
Lev A. Melentyev was assigned first director of the institute. Being a gifted scientist and excellent manager, he managed not only to arrange a team of best specialists but also to reach out to appropriate government officials and make them believe that researches in this field have to be continued regardless of economic hardships of mid 1980s.

Lev A. Melentyev has invited experienced analysts and RND specialists from various fields of the country’s energy complex whose vast practical knowledge in combination with solid theoretical basis of the group of the Institute’ founders has become a great asset.
This has allowed bringing system researches closer to practical issues and made practical recommendations developed by the ERI RAS demanded. As a result, scientific recognition allowed the Institute to act as a third party expert on a number of complicated issues.
For the last 25 years the ERI RAS has significantly expanded the range of tasks for scientific substantiation of energy policy and forecasting national energy sector development.

The ERI RAS in headed by Academician Alexey A. Makarov.
As it has been from the very start, the institute hosts talented scientists; many of them are young people. The institute traditionally employs 70 to 80 fellows; its structure is being permanently changed in order to address the tasks required.